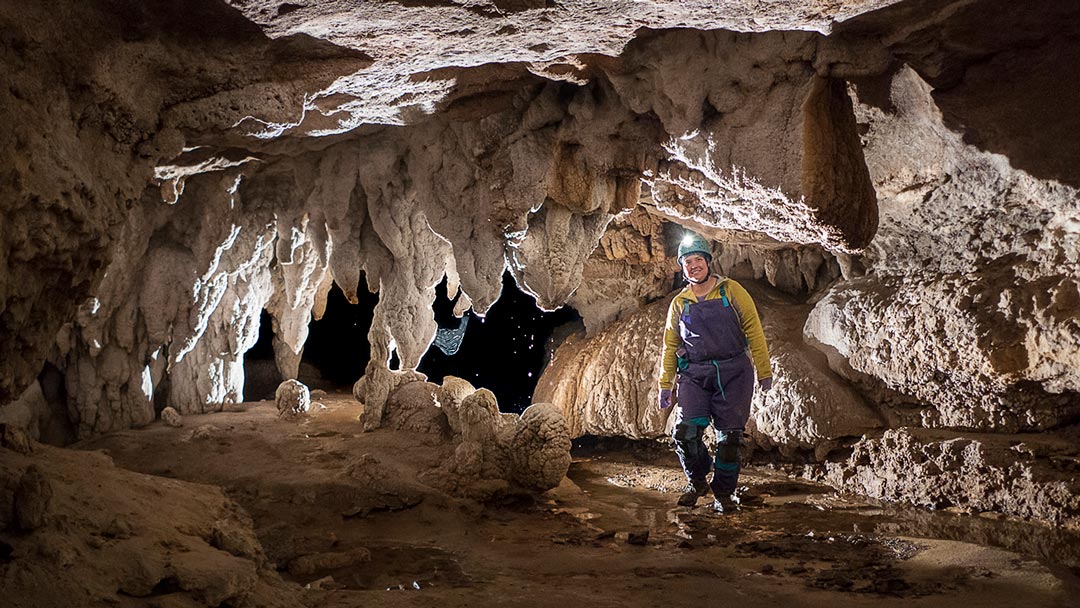 I fell in love with caving in 2010 the first time I went to a wild cave (i.e. not a show cave, you need safety gear) with some friends. It took a while to get into the community, as the state I lived in did not have caves. Eventually I moved to Alabama which is a part of the TAG caving region; TAG is short for Tennessee, Alabama, and Georgia and where they all meet is arguably some of the best caves in the United States, and an internationally known destination for cavers.

Many caves in TAG have vertical components, deep rappels such as Mystery Falls (286 feet) and the deepest pit in the continental United States – Fantastic Pit (586 feet). Cavers use a unique system for rappelling & climbing called Single Rope Technique (SRT) as cave pits are nothing like rock climbing. You may be 50 feet away from the closest wall in the largest of them. The problem is SRT systems and gear was designed by and for the typical caver – skinny, athletic, white, cis-men. I struggled with my balance in the harnesses, with equipment painfully worn on the chest right over the breasts, and much more. It was impossible to climb more than 100 feet on rope. So, my partner and I designed a new variation of an SRT climbing system which we dubbed the “Bungee-and-a-half Ropewalker”, and I had a custom harness made that held my weight, and center of gravity, correctly. With this system I was even able to do the deepest freehang pit cave in the world – the famous Golondrinas in Mexico (1200 feet).

I always loved art, including photography, and over the last 11 years I continue to improve my cave photography skills, doing my best to capture the awesome sights of huge pits to delicate formations. Despite many setbacks in the “caving world” from being the antithesis to the “normal caver” in physique, gender, and orientation, there are a few good people and we support each other.

In 2016, I met some cave biologists. Having a Masters of Science myself (and wanting to get out of the lab!), I immediately loved doing science underground. By 2018 I was involved in the Matienzo Karst Entomology Project in Spain, and assisting Dr. Niemiller locally in TAG performing bioinventories of cave systems. Life always seems to find a way to thrive, even in the darkest places. 🙂 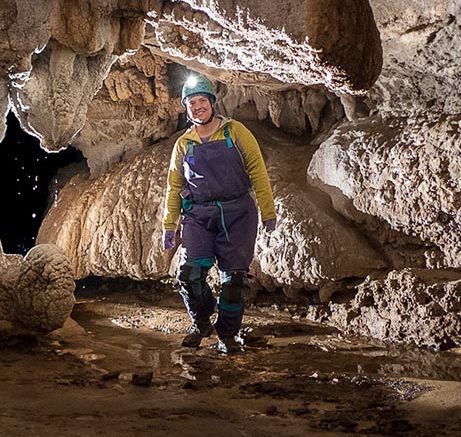 Amata Hinkle, MS, CPDT-KA(she/her, they/them) is a caver and cave scientist. She is fat, queer, and spent over 10 years as a 'lab rat' working in both the biotech world developing tools for scientists such as various assay kits, and the university world studying neuropathic pain. Now she takes her love for science underground as a part of TAG Cave Bioinventory project and Matienzo Karst Entomology Project (which you can follow on twitter @karstentomology), and others.